Although Murviedro are celebrating their 90th birthday their roots are a little older. In fact their celebrations relate to the period in Spain dating from 1927… 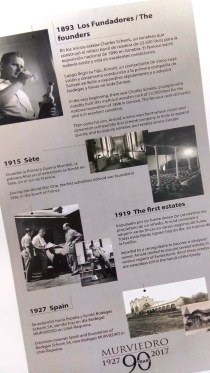 but more of that later. The first steps were taken by Charles Schenk a Swiss cooper from Geneva who built the legendary 25k litre cask which is still in good condition today. His son Arnold was a wine merchant and it was he who led  Schenk, expanding quickly and acquiring wine estates throughout Europe.

At the end of the first world war the first of the subsidiary Schenk companies was created in the Languedoc of Southern France, based in Sète,  followed quickly in 1919 by vineyards in Switzerland (which remain in the group today) and later in 1927 in moving into Spain.  Schenk set up in the Grao in Valencia, an expanding port area with several wine collecting companies, exporting to Northern Europe and other specialist markets. This was the time of bulk wine sales only, no bottling of wine started in Valencias’ wine areas until around 40 years ago. Wine was shipped to the port by the expanding rail network and to Europe by ship. This changed rapidly after Spain joined the European Union in the 80’s and the price to quality ratio of Spanish wine made it attractive and economic to bottle and export wines in the new format. 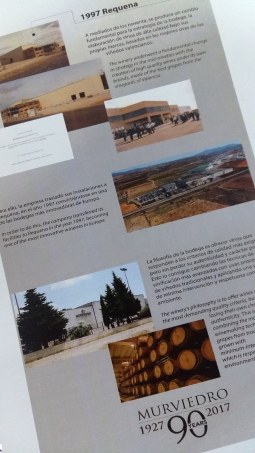 In 1997 Schenk set up a brand new bodega in Requena to produce a new range of quality wines in one of the then most innovative bodegas in Europe. The philosophy has been to produce wines which demand quality criteria but retain their character. Advanced winemaking techniques combined with traditional vineyards and respect for the vine and the environment are the key. Schenk became Murviedro and the next phase began. But for all of this Murviedro (to which the Bodega was renamed in 2002) has never had a public visitor centre with visits restricted strictly to wine professionals.

All of this changed on Tuesday 3 October with the opening of the new Cueva Museo in the old centre of Requena, the Plaza Albornoz in La Villa. Here in a cellar from a building dating to 1752 visitors can see the history of winemaking in the region. Pretty well all the buildings in the district of La Villa have ancient caves underneath, used for defence, storing grain and olive oil and producing wine with terracotta jars.  Murviedro, in a project lasting two years have restored and modernised this building to present a bright, attractive winetourism centre where the visitor can see the modern-day techniques of micro vinification with egg-shaped fermenting vessels and oak casks together with more elderly  glass demijohns, ceramic deposits and terracotta. 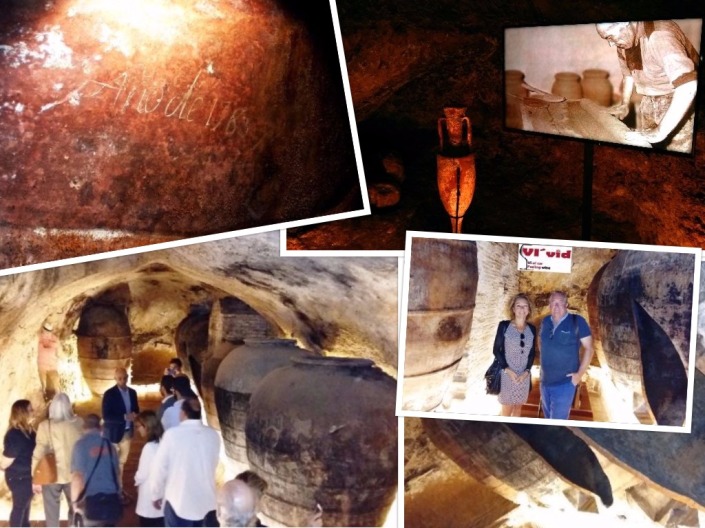 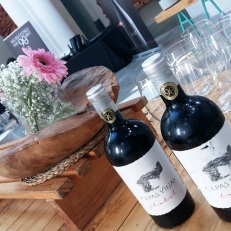 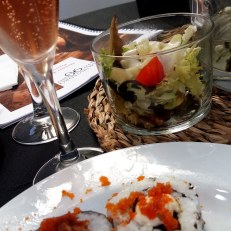 Prime time is given to the local varietals, Bobal,  Monastrell, Merseguera, Moscatel and Garnacha but also offer wines made with or containing Cabernet Sauvignon, Merlot, Syrah and Petit Verdot  amongst others.     They sell around 10% in the National market and the remaining 90% is sold in the International market….the UK, Switzerland, Germany, Belgium, the Netherlands and Luxembourg, Scandinavia and Japan.

Future projects are in hand, Murviedro have acquired Casa Lo Alto and wines which have been produced here have all been sold abroad with just a tiny amount going to a handful of local restaurants.

The vineyards here contain a parcel of old Bobal with more than 70 years of age and a small but high quality production. New wines will surely emerge from here in the course of time.

In fact to celebrate the anniversary a new Bobal ‘1927’ has been released, from the Finca Ardal parcel. Picked in October 2016, with 14.5% ABV  and six months in 5000 liter oak foudres we will review this wine later this year.

All good anniversaries come with a presentation.

Following the ceremonial cutting of the tape by the Mayor of Requena Mario Sanchez Gonzalez to open the Cueva Museo,  Murviedro used the old Church of Saint Nicholas, a baroque temple which just four years ago was almost derelict, supported only by stainless steel girders. Today it is a well lit and airy exhibition centre and museum.

Excitingly it has not been restored but cleverly  deconstruction has been used to show its architecture and construction with a glass roof covering exposed stone arches, partially plastered walls and frescos as if they were being painted afresh.  Marc Grin the Technical Director introduced the presentation referring to a history inextricably linked to the family nature of the business and to ongoing developments.

A buffet lunch followed with a range of Murviedros’ excellent wines and cavas.

VÍ Vid is very pleased to welcome this new centre to the world of winetourism in Utiel- Requena. It will provide a valuable addition to the facilities and installations to help visitors appreciate and learn about the regions 2500 year old wine history. Congratulations Murviedro!