VÍ Vid Tastes the Wines of Castellon in Benlloch. 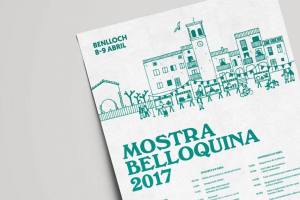 Every Palm Sunday weekend a country fair takes place in the picturesque village of Benlloch, not far from Castellon airport. A mixture of craft fair, medieval market, food fair and sometimes a rare breed show too, the wines of Castellon´s bodegas have now become the major draw.

Historically Castellon was always an important producer of Valencian wines  with massive exports throughout Europe and a famous sweet red wine (Vina Carlo) which went to the top tables of various monarchies as well as being exported to South America.

Phylloxera ended Castellon´s wine trade. When the time came to re-plant, the Civil War got in the way….the Pla de Useres vineyards for example were used by the Condor legion as an airfield.

Then, when replanting did happen the EU had intervened and European legislation only allowed the planting of `Noble Varieties´, not the traditional hybrids grown beforehand. Many farmers simply abandoned their plots or grubbed them up, whilst those who could afford it planted Cabernet Sauvignon, Merlot, Monastrell, etc .

Today the area is classified as an IGP and around a dozen bodegas meet the required standards . There are several others who choose not to produce wine within the required rules and more striving to get there. Wine is on the way back up! Main areas of production are around Segorbe and Vilafames/Les Useres in the Alt Palancia and Maestrazgo districts. Further North there are vineyards in Canet Lo Roig and San Mateu where olive trees with 1000 years of age are not uncommon and the oil produces a second line of commerce. 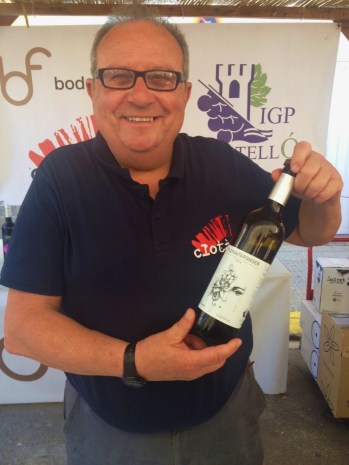 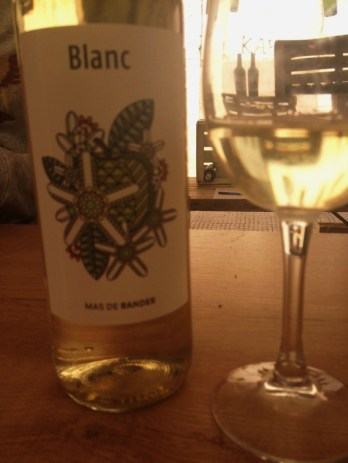 For this fair we decided to concentrate on new wine releases and wines from bodegas we had not tried before.

One of the bodegas we have followed for some years has been that of Vicente Flors who produces blockbuster , long ageing reds from Tempranillo and Monastrell and a sweet red called Dolçet. His two new wines ( Flor de Tarongers) are a fresh , fruity, aromatic and spicy white from Gewurztraminer, Macabeo and Moscatel. A really easy drinking wine this will set you back about 6€ a bottle  and is available from Laboratori de Carme in Valencia. The red from Merlot, Tempranillo and Monastrell is equally fruity, bright cherry red with a good structure.

Mas de Rander is a bodega in Benlloch between the airport and coast. Wholly organic wines are produced including superb reds from Syrah. However the new white was the wine which attracted us, produced mainly from Macabeo. Pale gold it has fresh citrus notes with some depth and a long finish. Perfect with seafood.

In nearby Cabanes, Victor Bellmunt of Ildum Vinarius produces `Traditional Method´ sparkling wines from Pinot Noir and Chardonnay which have won awards in the Valencian Wine Competitions. He also produces Espumantes called Marenostrum and the white from Moscatel  is pale gold in colour with a floral, perfumed nose, in the mouth ripe fruit, the bubbles and the acidity are perfectly balanced to produce a fresh sparkling aperitif . There is also a Rosado version from the Embolicaire  variety, a grape local to the area. 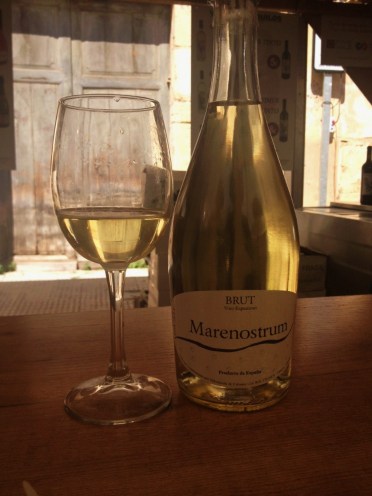 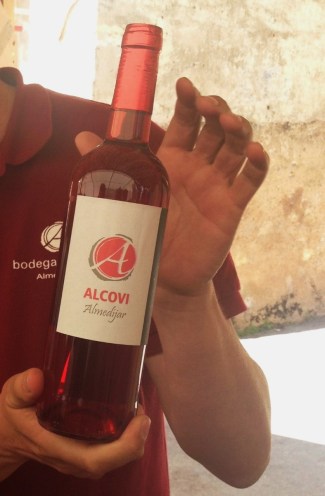 Bodegas Alcovi from the village of Almedijar near Segorbe  were showing their new Rosado from Monastrell.

The soils on the edge of the Sierra D´Espedan are poor in quality but this wine is a good strawberry colour, with a light fruity nose and very well balanced, fresh, fruity and with sufficient body to substitute for red wine in Summer. They also produce quality red wine wines from individual vineyards in the same area.

A new Bodega we had not encountered before is Celler L´Estanquers from Canet Lo Roig. José Tena  is a young winemaker in the  family bodega  producing two white wines a Rosado and four reds. We liked the whites from Cariñena and Garnacha, unusual varieties in Valencia, especially the subtle oak aged crianza of seven months in second use barrels. This is very elegant and a perfect accompaniment to paella. Desgavell is a young red from Garnacha Tinto, 14%ABV and selling at around 4€ a bottle. It is fresh, floral on the nose and in the mouth with distinct violet notes. Great on its own or with ibericos.  Le Roig is a blend of Garnacha, Tempranillo and Syrah with 12 months crianza is second use barrels. This is very round and soft, elegant with understated oak and soft tannin. These wines are not yet available in Valencia. 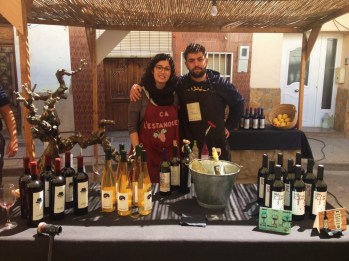 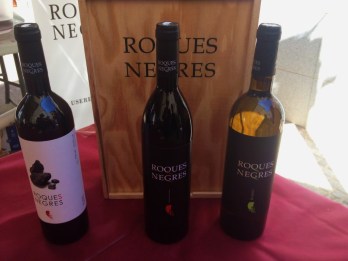 From vineyards in Les Useres, Juan Carlos Pavia produces Roques Negres wines, a white Macabeo, fresh and floral with green apple fruit and a long, dry finish; a young red `Francisco Salvador´ from Syrah and Monastrell which is very Mediterranean in style, fresh, fruity but equally good with fish as red meat; and from 2014 a pure Syrah with six months in oak, full on with raspberry fruit and a wine which will develop with keeping.

Carmelitano is a bodega and distillery in Benicasim well worth a visit. A former monastery where the fathers collected the herbs for their `Licors´ they produce a wide range of drinks including a traditional Vermut , a London Gin `119´ and the orange based gin `Ginself´for another client. A trip around the bodega museum  is followed by an opportunity to taste everything in the cellar below and then buy from the shop! 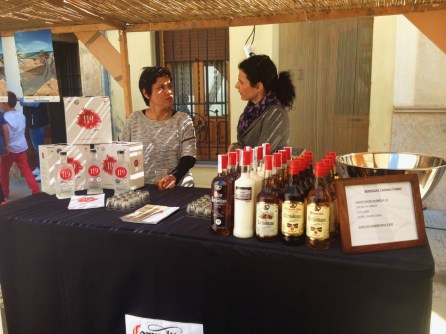 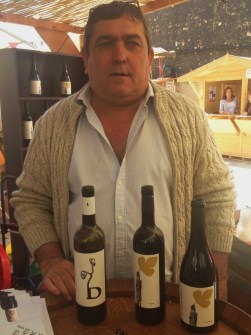 Finally we tasted two new wines from Subarra, the new project of Jose Guillamon whose Cabernet Sauvignon Rosado and young red are from vineyards in Benlloch produced in the Bodega of Gabriel Mayo Garcia in Vilafames. Both accompanied an escalivada and a traditional paella at one of our working lunches perfectly! 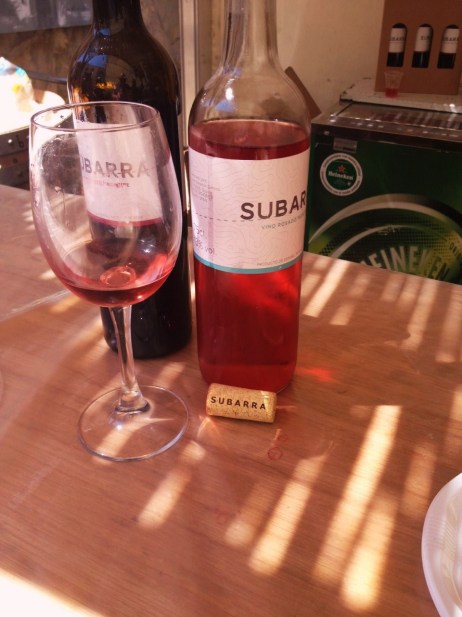 The wines from five Castellon bodegas will next be on show in the Mostra de Vinos in Valencia from Thursday 20th to Monday 24th, and in Les Useres  over the weekend of 27/8 May.The quality is maintaining a consistently high standard and quality to price ratio and they are well worth looking for!