Monday 10 September saw the second edition of this competition and the start of the season for Paella ‘concursos’ here in Valencia. This weekend Sueca hosts the International competition for ‘Paella Valencia’, the true paella of the whole Valencian Community.

In the region that makes up La Valldigna there is a local variation. The base paella is the true Valencian paella but with three additions, red pepper, meatballs ( similar to La Ribera  which is further inland) and the specific addition of rabbit blood to those meatballs.

The competition is organised by Sergi Pellicer and Carmen Ferrando with Gastrovall, the Cultural Association for the gastronomy of La Valldigna and its rice dish. This year the decision was made to include three other elements of the regions gastronomy to give a more public face and to promote a wider package.

Each of the restaurants participating in the main concurso was invited to submit  a dessert based on Manadarins which are widely grown in the area. The three winning restaurants  were as follows:

The second concurso was for figatells, a local delicacy of minced pork including liver and kidney, pine nuts and parsley , lightly spiced or with foie incorporated, (eg), wrapped in caul fat. These are widely believed locally to be the original hamburgers and similar examples can be found in the Mediterranean eg North Africa ( made with lamb) and Cyprus (sheftalia). They are generally cooked on the plancha.

This concurso was judged by the top butchers from the Valencian community and the winners were:

The third concurso of the day was for Coques de Mestall and was judged by the association for Coques de Oliva whose competition we reported on earlier this year. The ‘coque’ is like a small pizza, a round base made with the local flour and much in the style of a foccacia. The top is dressed with a slice of pancetta, and/or a longaniza, chorizo or morcilla and are widely available throughout the Valencian Community.

The winners in this category were: 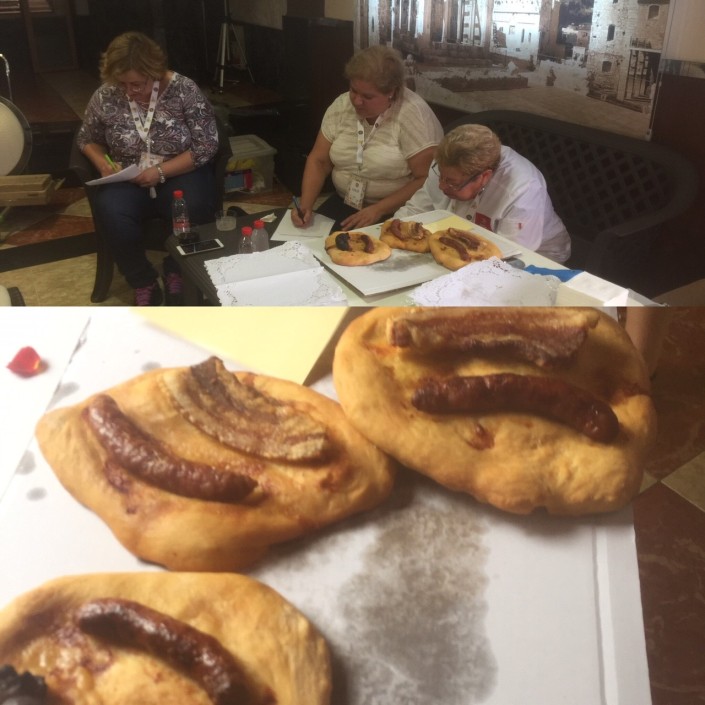 Worth noting here is that it is the first concurso that Paco Santamaria Selva and his wife Isabel have entered since moving their restaurant El Vermut from near the University to La Pobla very recently.

The Concurso is supported by several company´s and of course the Valencian government. Both Francesc Colomer and Pilar Moncho demonstrated this by attending and spending time with the press and the competitors, as did the mayor of Tavernes Jordi Juan and the Regional president Vicent Ribera.

amongst the patron of the event were Tartana rice, a superb producer of DO Arroz Valencia from El Palmar, Azafran Desbrin whose product is considered amongst the best saffron produced and which VÍ Vid use when cooking paella etc. Vegamar provided the wines from their DO Valencia bodega in Calles, (Alto Turia) Amstel beer kept the whistle wet and artesan cheese from Granja Rinja and Quesos Carmen were also available.

Well, now to the main event, the Arros de la Valldigna. Firstly we should say your intrepid reporters tasted every one produced on the day ( all 27!) and are now seriously dieting.

Secondly we would concur with the judges that the standard was higher than last year and that the international competitors ( France, China, Argentina, Holland and Australia) acquitted themselves with honour!

Thirdly we were amused by the trend evident this year for the chefs to infuse their saffron for three hours at 65º. This technique has been  pioneered by VÍ Vid´s great friend, maestro Joan Carlos Galbis and is used by the London Paella School.

It is a technique which extracts every last bit of colour and flavour from the saffron stamens which emerge white from the process. VÍ Vid  has tried this technique but it has to be used carefully! The infusion is very strong and in a paella for 10 people 3 teaspoons of the infusion should be sufficient for both colour and flavour.

One criticism from the judges was that the overuse of this infusion adversely affected some of the final dishes.

Mind you, if that was the only criticism it wasn’t a bad day!

These are some of the final arroces!

The winners of this years competition were:-

Again, this was the first competition entered by this restaurant and we don’t think it will be the last for the egregious chef who triumphed on the day! 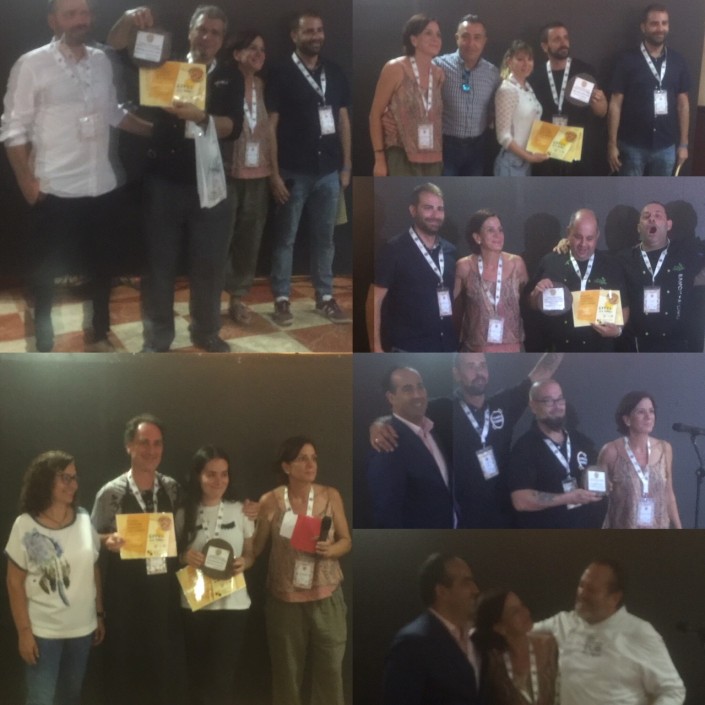 This is just a small selection of photos of the prizewinners. VÍ Vid once again believe this is going to become a very important local competition showcasing the best gastronomy from the four towns of La Valldigna and that one or two other concursos need to step up to the same level.

The gastronomy of  ‘nuestra terreta’ is growing in importance. The comarcas ( counties) need to up their game this year and showcase more than just the principal dish as Tavernes de la Valldigna did this week, after all the whole point of these competitions is to promote all of the gastronomy as a tourist attraction. Believe us, there is a huge amount of local dishes yet to be promoted!

Finally we cannot fail to mention our friend Jose Zafra, a fellow competitor in the Dacsa League whose reputation as a paella chef has grown massively since his victory. Invited by the organisers he gave a ‘showcooking’ of the principal dish whilst the judges  considered the competitors efforts!