From Pigar we rejoined the A3 and headed for Villagordo del Cabriel. This is the furthest town West from Valencia, almost the highest on the plateau and the last before you leave DO Utiel-Requena and cross into Castilla la Mancha.

It was here that the Oria de Rueda family chose to build one of their four houses ( and bodegas) using the same architect, (Demetrio Ribes) who designed  Bodegas Torre Oria with its similar house, Sebiran, ( of which only the old bodega remains, ) and Finca Casa Nueva where for years Galician Bodega Mas de Bazan made the wines.

Las Mercedes is ‘at the limit’ of the DO, in the Parque Natural de Las Hoces de Cabriel, this is the name Jose (Pepe) Leon has chosen for his project. The Oria family are long gone having divested themselves of their bodega interests and Pepe is the owner of the house, bodega and vineyards of 3. 5 hectares of 80-year-old vines grown on soils with underlying chalk, clay and sand. The yield is just 1 kg of grapes per vine.

We visited on a bright sunny afternoon and as we drove down the drive, the house emerged from behind a stand of pine trees, square, within a walled garden.

You enter via the old chapel, now a tasting room, on the ground floor and the house above and behind whilst a door opens onto the bodega which is a typical and traditional 19th century building. The grapes enter through a door in the side of the building, are sorted, passed through the destemmer and fed by gravity into the deposit below. Gravity was very much the way of doing the movement of wine and the clarification with ceramic ‘trullos’ or tanks below.

Like so many other bodegas the original tanks have been opened up and one holds the 2016 in bottles, the other two the 2017 and 2018 respectively in barricas. Interestingly in the ceiling of these old trullos crytals sparkle in the right light. 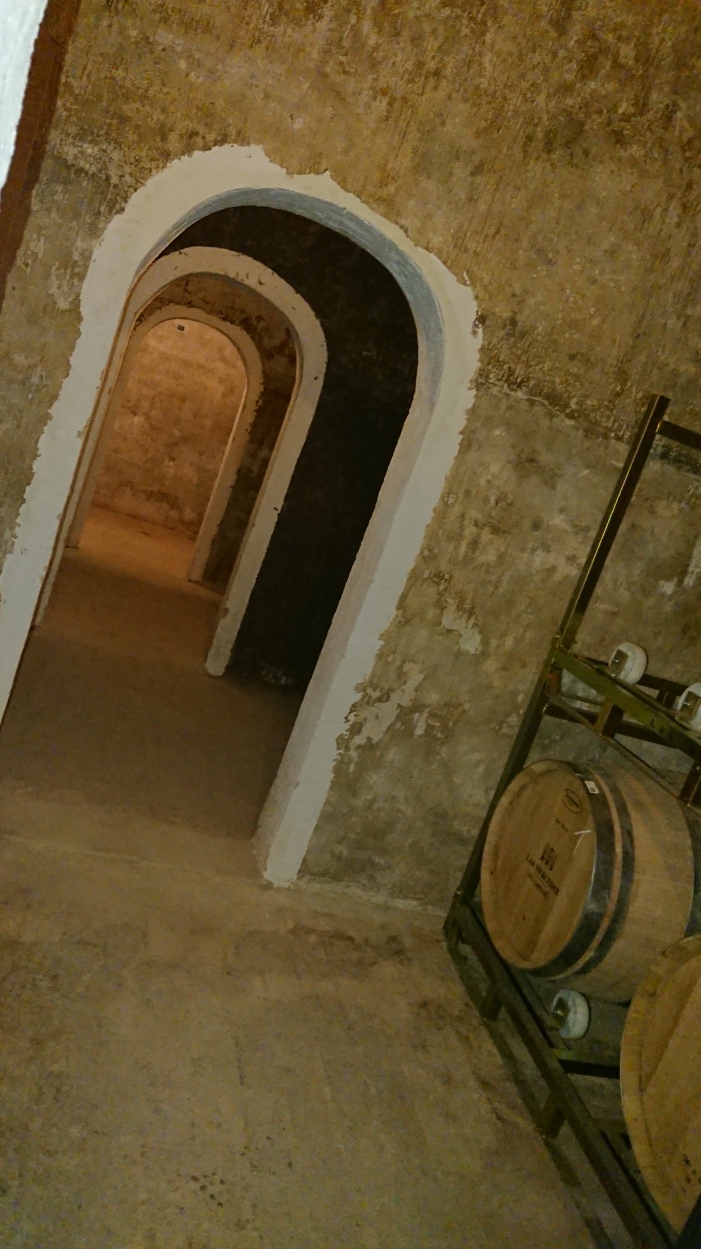 Upstairs the old house (1896) has been renovated and prepared for enotourism  with single, twin and double rooms ready for visitors. There is ample space for entertaining and outside there is a pool and garden for barbecues.

However, ‘Las Mercedes’ holds one major surprise that the other Oria de Rueda properties do not have!

Behind the property across the field is another old building, from here you can see the reservoir and the hills and forests which surround the bodega and where there are many walking tracks to be followed opening up the possibilities for tourism in an area where there is also white water rafting and kayaking in nearby Venta del Moro.

The real surprise however is underneath this building!

Here is  a much much older bodega. Not in use, here is a potential museum and events venue. The bodega is below the gravel and chalk bedrock, entered by steep stairs down to a series of niches and tunnels. There also are remnants of old tinajas in which the original wines would  have been made. 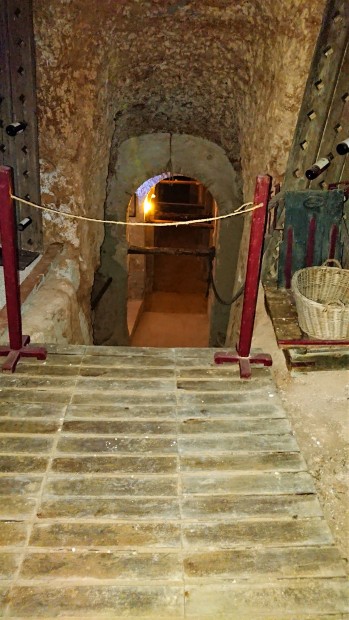 Many of the tinajas are broken and the ancient tunnel is sealed off but it is believed they could extend some  distance, maybe the 2 km to the town itself. Who knows what surprises may lie  down there! Currently Pepe is allowing the perfectly temperatured niches to be used by friends to store their own wines.

Nowadays there is just the one wine produced, Las Mercedes del Cabriel, ‘Bobal al Limite’, which is a pure Bobal,  2016 with 18 months in French oak and a further 6 in bottle. We have tasted it three times since the beginning of October, in London, at the Bobal press day in Utiel and in Requena at Foro Bobal ( where we had the pleasure of tasting it with Pepe). 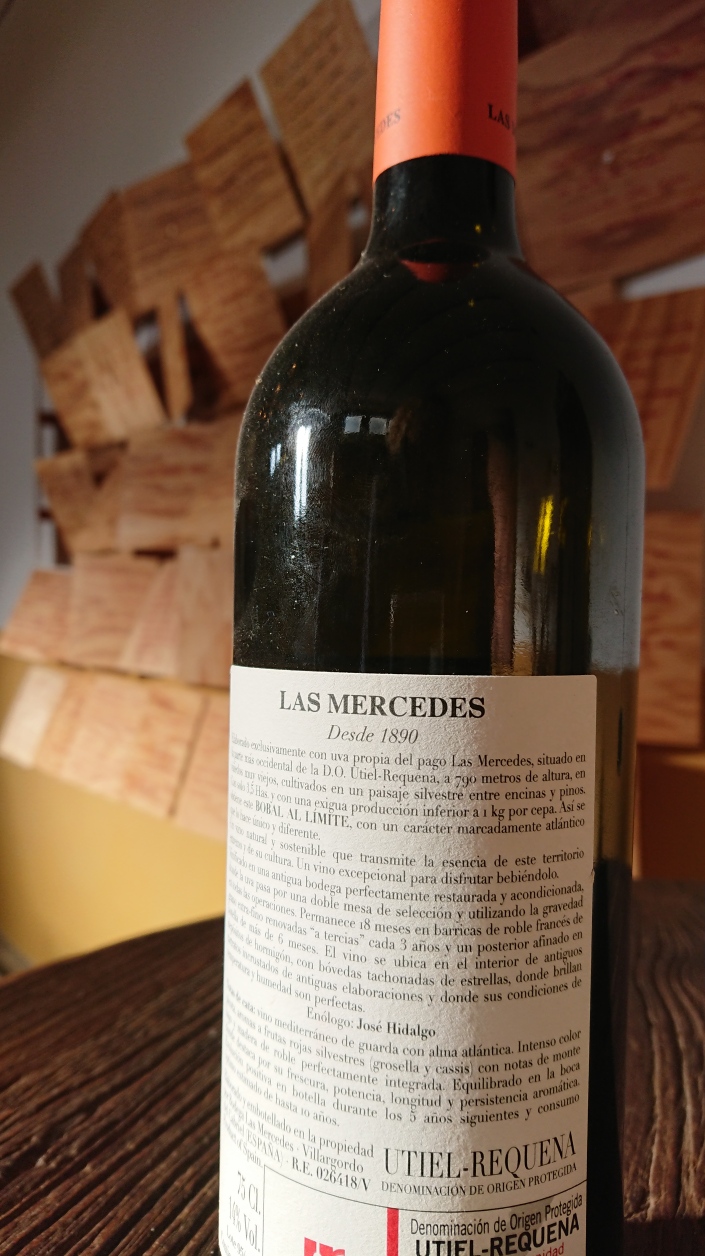 In the mouth it is fresh on entry, round, with mature tannins. It has a long finish full of Bobal characteristics. Above all it is a wine to keep with at least 10 years more ahead of it.

On the downside there were only 2000 bottles produced and about half remain at 20€, (per bottle, tax included).

Fortunately there are two further vintages in oak undergoing their ageing process and if you don’t get to taste the 2016 we are certain it will be worth the wait to taste the 2017 when it is released!