The Rebirth Of Mariluna, New Image and New Varieties, a VÍ Vid Report.

The 26th of  March was the date chosen by Sierra Norte to present their new Mariluna range in the Marina Beach Restaurant, wines  which use national varieties, Tempranillo and Bobal in red, and Verdejo and Macabeo in white.

Manuel Olmo, winemaker and the bodega’s managing director  explained  that the evolution of Mariluna ‘inside and out’ is a commitment by the winery to bring quality wine to  younger wine drinkers with a more minimalist graphic in its labeling.  Organic wines of Mediterranean character  which is the imprint of Sierra Norte: great freshness and aromatic intensity.

Mariluna has a version in red and another in white, and in the development of both they have  opted for the most internationally recognized Spanish varieties, which are accompanied by Mediterranean native varieties. Another new feature is that it has an organic wine  certification.     In  Mariluna white, the predominant variety is Verdejo (85%), which is accompanied by Macabeo. 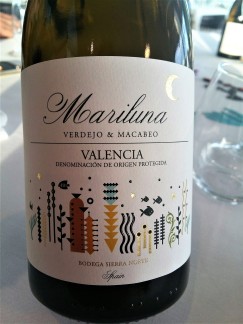 For its preparation, only the free run juice, which is obtained from a very light pressing of the grape, is used. As a differential element from other whites, this wine has two months of aging on its fine lees, with a weekly stirring that increases its volume and complexity in the mouth. The result is a very aromatic wine on the nose, fresh, with notes of white flowers, citrus and apricot. Friendly in the mouth, pleasant, with good acidity, complex and unctuous, with a creamy touch. It is rich and with a long afertaste The wine has,  by the way has already won its first medal, the bronze in the Concurso de Vinos Valencianos organised by Proava. We tried the wine with stunning appetisers such as sushi, gyozas, and mushroom croquettes and  light starters made by the Marina Beach chef, but  it also pairs perfectly with white fish, seafood, fresh cheeses and salads.

This new personality of the wine is accompanied by a new image, a label with a minimalist representation of the bottom of the sea, appealing to the name of the wine and also to its Mediterranean character.
In the case of Mariluna red,

the majority variety is Tempranillo (85%)  together with Bobal. The grapes come from vineyards over 40 years old. In its preparation, a ‘pumpover’ technique is used, which consists of extracting the entire must from the tank in its maceration phase and re-incorporating it at once to cause the liquid to break the so-called cap, formed by the skins, to obtain more color and structure. This wine then rests for six months in French and American oak barrels. At first sight medium-deep, , ruby-red colour with purple hues. Clean and bright, Nice ripe fruit on the nose with a  touch of cacao, red fruit, toasty notes and sweet spices. It is fresh and elegant with good structure on the palate, silky with well integrated acidity and a pleasant aftertaste.                                                      It goes well with semi-cured cheese, grilled tuna fish, white meats or even grilled red meats, such as goat or lamb. It would also pair well  with mushrooms, cod and other white fish in sauces                  Sierra Norte will be present in the Mostra de Vins i Aliments, which takes place in Valencia from 5 to 9 April, so you will have the opportunity to taste their fantastic wines. 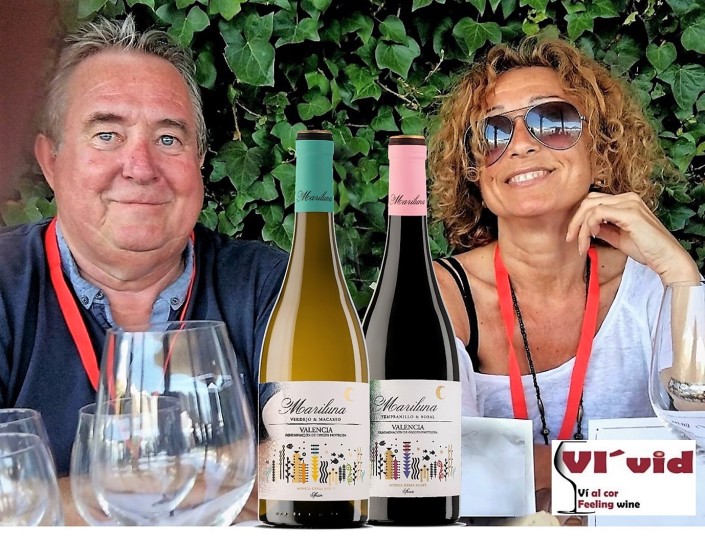