On 22 March a new wine club for expatriates in Valencia commenced with a tasting in Macabeo Canovas, a restaurant near the Colon market in the city centre. Born from a

discussion thread on a Facebook expats page the wine club is a response to the interest in Valencian wines amongst a new wave of  incomers to the city, keen to learn about Valencia’s wines. 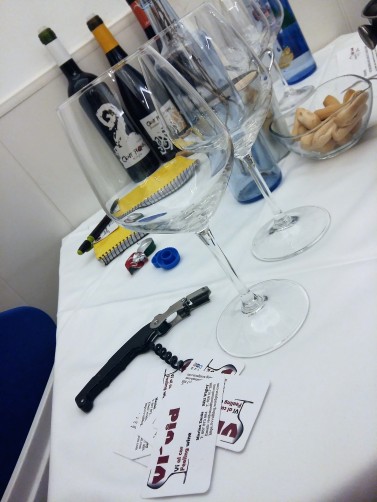 The original discussion thread had been about cheap supermarket red wines and some of the wines being suggested were amongst the most ‘commercial’ and non-Valencian on the market! For this tasting VÍ Vid sought collaboration from two bodegas, Coviñas and Cent Piques to show wines widely available from Supermarkets and in Valencian bars and restaurants of a distinctly higher quality even if they were at the cheaper end of the market spectrum!

Macabeo Canovas who hosted the event is a modern, bright and relatively new addition to the locality. A very friendly environment where quality food is offered and orders are made freshly. They offered a special post tasting menu, having given over more than half their space to our tasting, including their specialist breads, fillings and ‘sandwiches’ made on the premises and completed to the diners request. You can read our review of Macabeo Canovas at https://wp.me/p7dfvi-1hy

Coviñas is the largest bodega in Utiel-Requena, the Denomination of Origin 70kms to the West of the city. It is a second line bodega (actually 10 bodegas) which supply wines in-bulk and in bottle for supermarkets, bars, restaurants and to specialist shops as well as exporting huge amounts as well, in a number of different ranges. Coviñas have been prominent in raising the visibility of wines from the region in the export market, particularly of the native variety Bobal working with the DO and Territorio de Bobal which is pursuing World Heritage status with UNESCO for the 2700 year-old industry.

By contrast Cent Piques is an altogether different entity. A small operation which buys grapes and finished wines from other producers, using their spare capacity sometimes to produce  wines which are nearly all ecological, mono-varietal and ‘Vino de Autor’ ( wines which reflect the soul of the wine-maker) Their production is small, sometimes under 1000 bottles of a particular wine and are marketed directly to bars/restaurants,  one or two specialist wine shops and are also available to our wine clubs who have tasted many of their new wines as they are released.

16 tasters gathered on the 22 March at the beginning of this new project and tasted the following wines;

Bodegas Coviñas, Enterizo Macabeo Blanco, 2017, DO Utiel-Requena. This white is straw in colour and from the white variety most widely planted in the Valencian Communities five DO´s. Clean and bright with gold flashes it has a particularly expressive nose of ripe red apple, pear and melon with white flowers and a hint of fennel. In the mouth the wine has an easy pass with a big hit of fruit matched with a serious acidity which balances perfectly and a long full finish with touch of minerality. The wine is widely available in supermarkets such as Consum which had it on offer for 1.98€ but which has subsequently risen to a more normal 2.30€ a bottle.

This is an absolute classic Valencian rosado from the Bobal variety, the regions native grape. The bodega does not go in for fancy pale pink wine which is regrettably becoming the trend here, producing a strawberry red colour wine, clean and bright with a violet edge. On the nose it has strawberry, raspberry and hints of bubble-gum and lollipop, flavours which are replicated in the mouth with a clean fresh acidity and a long full finish. The same price as the wine above these wines go with just about any food and are invaluable in Summer when it is too hot to drink red wines. This wine has been awarded a gold medal in the Concurso de Vinos Valencianos organised by Proava.

Produced from three varieties, Graciano, Tempranillo and Monastrell with no oak ageing this is a young wine with a lot of fruit. Graciano is unusual in Valencia, an Italian variety which is grown more in the Rioja region. Tempranillo is the most widely planted red grape  in Spain, a workhorse variety an Monastrell is the regional variety of Alicante. In this wine the red fruit predominates on the nose, raspberry , and in the mouth the others balance out the wine giving a very pleasant, easy drinking red, round with a long finish. Available in bars and restaurants, prices vary.

The single variety Graciano which was used in the above blend is a red which shows the varietal characteristics well. The wine has simply been fermented in stainless steel before being stabilised and bottled. On the nose it is brambly raspberry and blackberry and in the mouth a spiky fruit well-balanced with round tannins and easy to drink. perfect on its own or with mild cheeses or jamon, ibericos etc. Available to bars/restaurants and prices vary accordingly.

From a range of  monovarietal wines aimed at restaurants which all show excellent varietal characteristics. This Merlot is plum red, bright in colour and on the nose has plum, damson and hints of ripe fruits. A classic French variety now grown well all over the world, it is full in the mouth, ripe fruit, soft tannins and sufficient acidity to balance this wine perfectly. It is available through supermarkets as well and currently is in Carrefour for around 5.30€ a bottle. prices will vary in restaurants.

This successful first tasting has led to calls for  further events and we hope the second tasting will take place in the same venue in the second half of April. VÍ Vid will be happy to create further new groups if required and will conduct tastings for small groups in your house and other events. Just e-mail us! vividvinos@hotmail.com 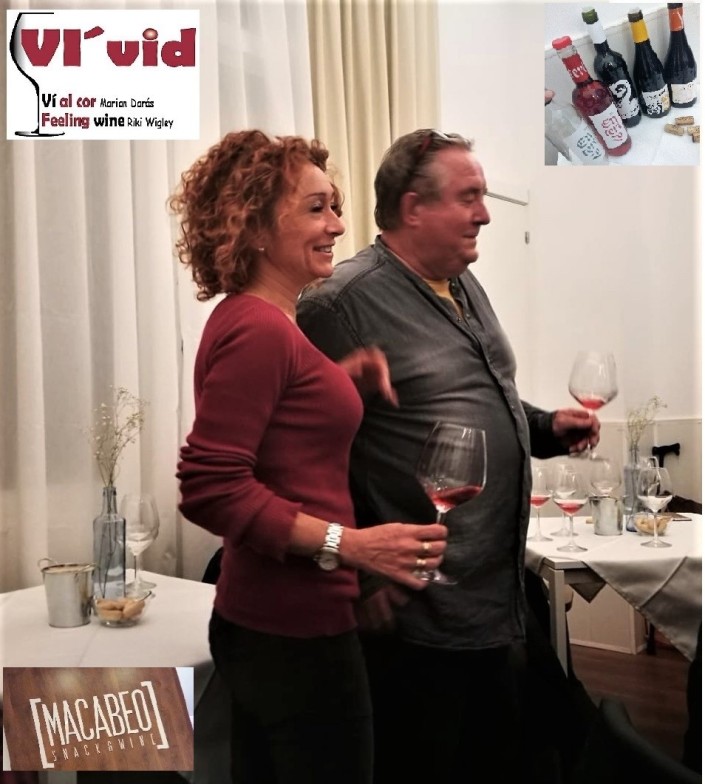