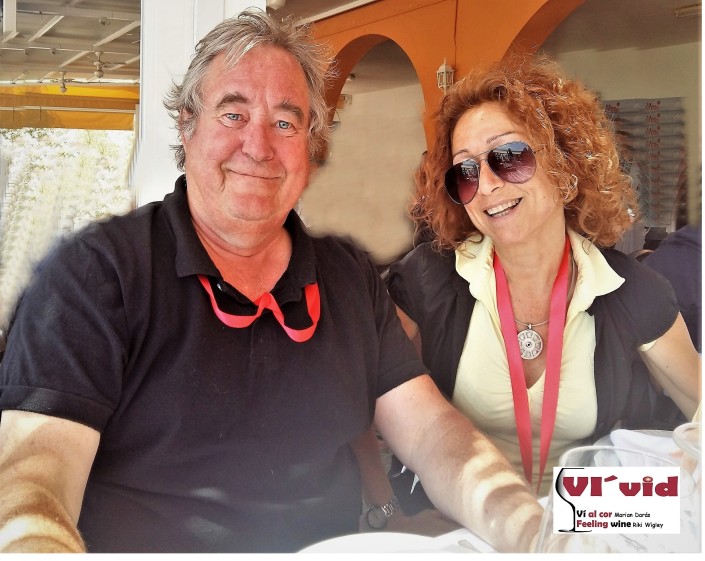 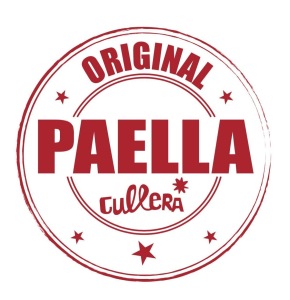 There are worse things to do than report on  a cookery competition and this one was a cracker! Jairo Vargos and Andrés Valero of Avenida 2.0, the  restaurant in Massamagrel seemed `pumped up’  for this contest during the pre-contest breakfast. 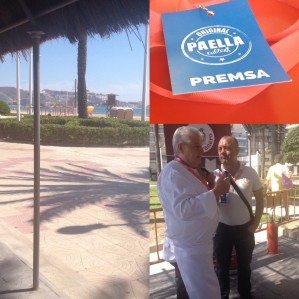 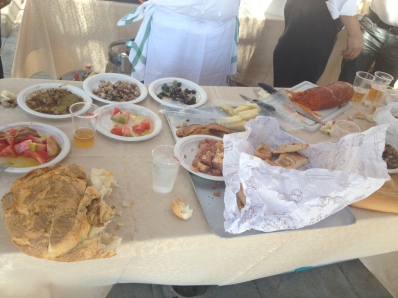 Our colleague Cova Morales considers these ‘almuerzos’ to be the best part of the competitions held across the Valencian Community simply because the fierce rivalry between the chefs is set aside, each bringing something to share with their colleagues and talk about family, friends and the weather. This is a very Valencian trait, there is no better way to pass time than spending it with it friends, sharing a meal. It is an essential element of the Valencian character and this extends to the cooking later as well. we have all seen as Cova has noted, the occasional glitch in a competitors progress…..but all the others will rally round providing their spare ingredients if necessary so that an opponent can have a second chance.

VÍ Vid also values these breakfasts, at which the gastro press are equally welcomed, to ‘catch up` with friends, the latest news and some of the new recipes which they are trying in their restaurants as well as learning some new techniques ( to pass on to you) and for our own lunches!

Tuesday 22 March was an exceptional competition. Originally the brainchild of Salvador Gascon ( Local and Regional masterchef )  who is Honorary President of the Jury, and is this year confined to a wheelchair following a serious illness but who was there to ensure the quality of his recipe and the  contest kept its prestigious level. It did!

The contestants use exactly the same ingredients which are largely obtained from the local seafood market. The fumet or seafood stock therefore becomes  the most important element of the dish and each contestant makes their own to a personal  recipe.

The seafood elements ( red mullet fillets, cuttlefish, figatells from rascasse, langostinas) plus a sofrito of tomatoes from Cullera, onions, garlic and olive oil from Enguera with saffron, pimentón dulce and local rice from either  J.Sendra or Albufera varieties are all locally produced, an essential element of this competition which draws on the rich culinary tradition of the Ribera and the Albufera.

Once again, a star jury was recruited including Susi Diaz, Michelin starred chef at La Finca, Elche and a regular judge on the Spanish version of Masterchef, Pedro Mocholi (gastronomy critic) and Diego Gallego President of the Cassola de San Blai Association.

From the outset of cooking the square on the seafront in Cullera had a wonderful smell of the competing fumets, then as each team started to cook their paellas the scents of prawns etc started to dominate.

The seafood all cooked and reserved, the sofrito is prepared, the rice added and then the stock before the seafood is added back on top for the short period it takes the rice to absorb the liquid and swell up.

Presentation is again a matter of personal choice but the reality was the paellas were very difficult to distinguish between either in colour or design! The jury found their task particularly difficult this year. As Salvador Gascon noted, in each of the three years of this concurso`s short history the chefs have prepared more and more and you could tell!

When the judging is complete the remains of the paellas are made available to the public who have been able to observe the cooking from the promenade and a queue forms quite early in the morning to ensure attendees get a plate! This is a nice touch although it does mean that it is not possible for the press to evaluate the entries as well!

Public queue for the paellas.

The participating restaurants this year were:-

The press are of course not entirely deprived, attending instead a gala lunch which follows the presentations of certificates of participation and the award of the prizes to the top three chefs.

The winners for the record were:

During the awards ceremony Mayor of Cullera ( Jordi Mayor) commented that ‘ the Paella de Cullera is unique to the town and we should know how to  exploit it’ , very much a part of the policy of using local gastronomy to attract visitors and tourists to the town.

During the next week these nine restaurants in Cullera will be promoting the plate and VÍ Vid thoroughly recommends trying it if you possibly can! 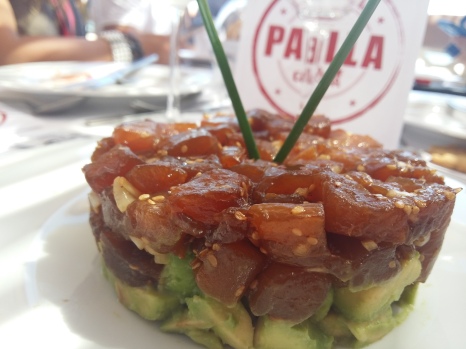 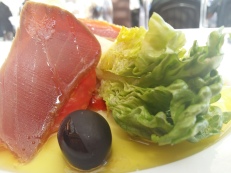 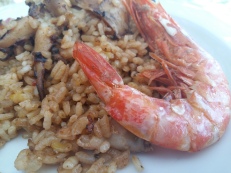 consisted of a copious menu of Cantabrian anchovies with tomato, a tartare of red tuna with avocado followed by a Mediterranean salad of air-dried fish, little gem lettuce and asparagus, Paella de Cullera and then plates of fresh summer fruits and a ‘tarta especial de Paella de Cullera’. 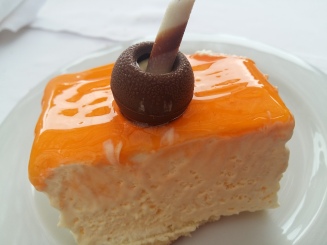 Wines were Las Dosces white and the Red Bobal, a spectacular pairing in both cases from Chozas Carrascal.

VÍ Vid believes this edition of the competition will be very difficult to better!